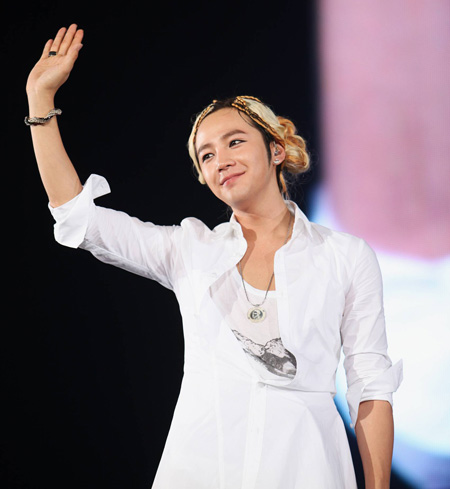 Actor Jang Keun-suk's value just went up again this year. It started with the release of the movie "You Pet" in Japan. He will hold a concert celebrating the release of his movie in Japan at the Kyocera Dome in Osaka on the 11th of February.

Kim Ha-neul will also take part in this concert. They will meet with Japanese fans, amongst which Kim Ha-neul already has a fan base through her drama "On Air". She has been learning the guitar and such to get closer to the fans.

It also seems like products related to the movie will be a big hit in sales. This is a confirmed fact from the exhibition held during the movie shoot in Odaiba. Sales can be seen up to KRW10 billion including MD sales.

Jang Keun-suk will be going around cinemas from the 19th to the 23rd to greet his fans. He will return to Korea with the drama "Love Rain" this year.

Source : the hidden member for...

"Jang Keun-suk effect! "You Pet" "
by HanCinema is licensed under a Creative Commons Attribution-Share Alike 3.0 Unported License.
Based on a work from this source