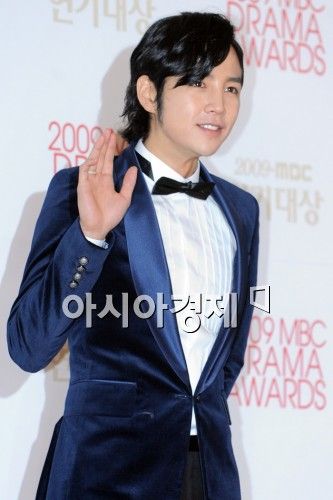 Actor Jang Keun-suk of TV series "You're Beautiful" fame may soon decide on his next small screen role, according to his agency Tree J. Company.

An official with Tree J. spoke to Sports Today over the phone on Monday, saying the actor is "positively looking into" starring in a drama based on famed comic book writer Won Soo-yeon's web-based cartoon whose title is translated into "Marry Me, Mary!".

The official emphasized however, that they are "still in the reviewing stages with nothing set as of yet".

The upcoming drama is about a love triangle between a girl who has never been in a romantic relationship before, a vocalist of a death metal group and a Mr. Perfect.

It will be the first drama Jang takes on since "You're Beautiful" which went on air late last year and stirred Korea as well as several countries in Asia.

He has taken on "You Pet", based on a popular Japanese comic series by Yayoi Ogawa, for his next big screen role as a promising classical ballet dancer who becomes a personal pet for a professional working woman.

Jang will wrap up a six-month long Asia tour in Korea next month.

"Jang Keun-suk eyeing new drama role"
by HanCinema is licensed under a Creative Commons Attribution-Share Alike 3.0 Unported License.
Based on a work from this source