Jang Keun-suk from 'Marry Me, Mary!' is taking all women's heart with an indifferent but warm character 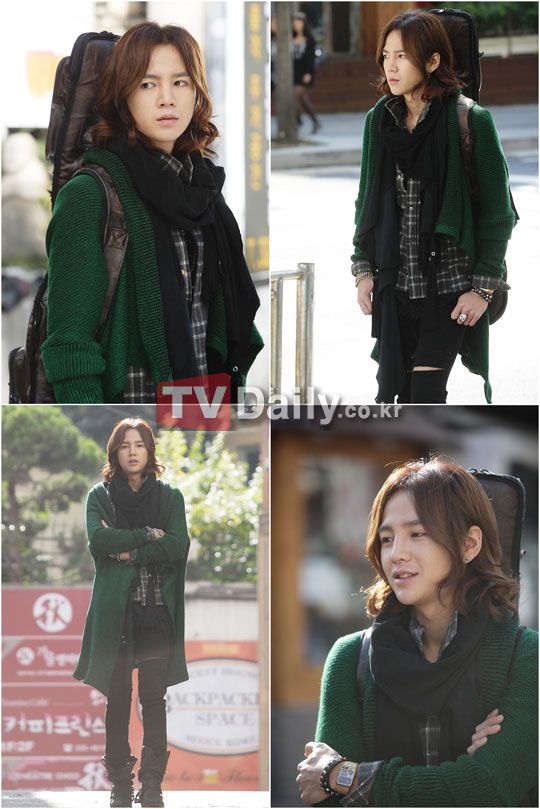 Jang Keun-suk, who is back as Moo-gyeol, the free spirit, is catching people's eyes by his cunning acting.

Jang Keun-suk appears in KBS 'Marry Me, Mary!' as Moon Geun-young's marriage simulation partner and a vocal in an indie rock band.

Moo-gyeol has anime-like perfect appearance and drinking habit of tough people. In the first episode, he showed off his appearance by asking 'Don't you have any hair treatment?' while tucking his hair behind his ear.

Also, he has a warm side. After he called 'One Shot!' to Moon Geun-young, he gave a spoonful of soup to her who was suffering from soju's bitter taste.

When Mary's feet became dirty while she was following him for a marriage simulation, he carried Moon Geun-young on his back. From his attitude, viewers can see that he has kind inner heart with indifference.

"Jang Keun-suk from 'Marry Me, Mary!' is taking all women's heart with an indifferent but warm character"
by HanCinema is licensed under a Creative Commons Attribution-Share Alike 3.0 Unported License.
Based on a work from this source