Jang Keun-suk, "I get nasty when I'm mad" 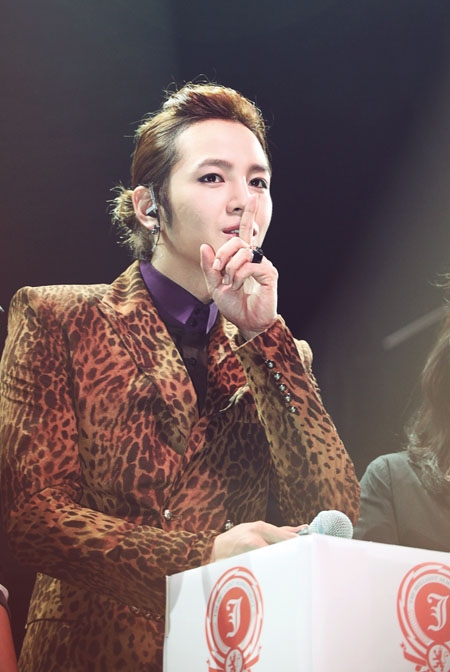 Jang Keun-suk posted on his Twitter on October 30th, "Dear stalkers, you might be going around stalking me, saying you know everything about me. But do you know? You are getting that much further away from me. Laugh while you can, I get nasty when I am angry". He warned those over-affectionate fans who are around his house, shooting sites and anywhere else against digging deeper into his personal life.

He continued, "I remember your faces clearly and I guess you're happy that I do? Again, laugh while you can. You are OUT from now on. I don't' mind the following around but there's a limit to everything. I like Japan and the Japanese. I like China and the Chinese. I just don't like stalkers. When I say stop it, then you stop it. That's what a limit is".

Recently, Jang Keun-suk had been greatly popular in Japan and China for his drama, "You're Beautiful". National and international fans gather around his house and follow him around wherever he goes. However, his use of certain words on fans created two types of responses saying, "They are still fans of his, he shouldn't be so harsh" and "He wouldn't say it if it wasn't that bad". Jang Keun-suk has returned from his Japanese Arena Tour. He is shooting the drama "Love Rain" which is due to be aired next year.

"Jang Keun-suk, "I get nasty when I'm mad""
by HanCinema is licensed under a Creative Commons Attribution-Share Alike 3.0 Unported License.
Based on a work from this source