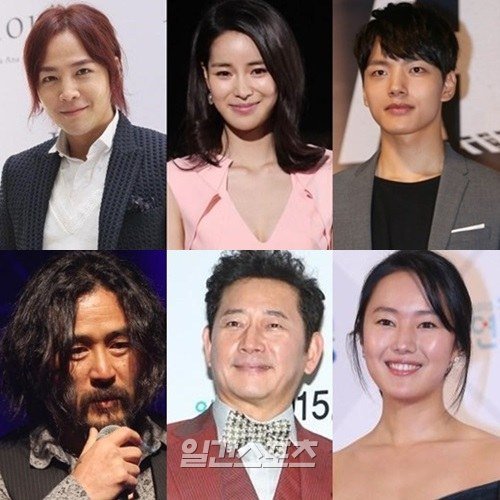 Jang Keun-suk, Lim Ji-yeon, Yeo Jin-goo, Jun Kwang-ryul and Choi Min-soo are all coming together in one drama.

Jang Geun-soo plays the role of Baek Dae-gil, a cold hearted genius. He is the greatest card player in Joseon and carries a dagger.

Lim Ji-yeon plays Dam-seo, a woman born to kill the king. Her resentment towards him takes her step by step to the palace and only has eyes for revenge and no other.

Yeo Jin-goo plays an adventurer named Yeong Jo. He is a king who overcomes many obstacles. He has spirit that not even his father can kill and he never bows down to anyone else without good reason. He puts Joseon on the line for a battle with Dae-gil.

"Jackpot" is about a game between two men whose fates are on the line. It's the historical version of the 2003 drama "All In".

The drama is directed by Nam Geon and will be broadcast in March.

"Jang Keun-suk, Lim Ji-yeon, Yeo Jin-goo, Jun Kwang-ryul, Choi Min-soo expand cast in "Jackpot""
by HanCinema is licensed under a Creative Commons Attribution-Share Alike 3.0 Unported License.
Based on a work from this source