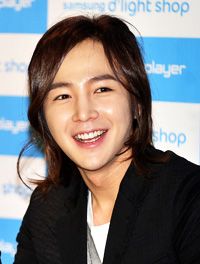 "I am grateful for just attending such an honorable event and even happier to receive an award as big as this", Jang said. "I thank everyone who always loves me and supports me and I will do my best to become a better person".

He made the speech in Korean, English and Chinese after receiving the award.

Jang gave a powerful performance as the only overseas participant of the event.

CMA is one of the most prestigious music awards in China with a 14 year history, dubbed "the Grammys of China". Korean stars who previously received the CMA include Jang Woo-hyuk, Lee Byung-hun and Kim Tae-hee.

Jang announced he has signed a contract with HS Media in Shanghai, the next day.

He will release his first album in Japan on April 27 and will tour Asia including dates in Singapore, Hong Kong, Thailand, Malaysia and Taiwan.