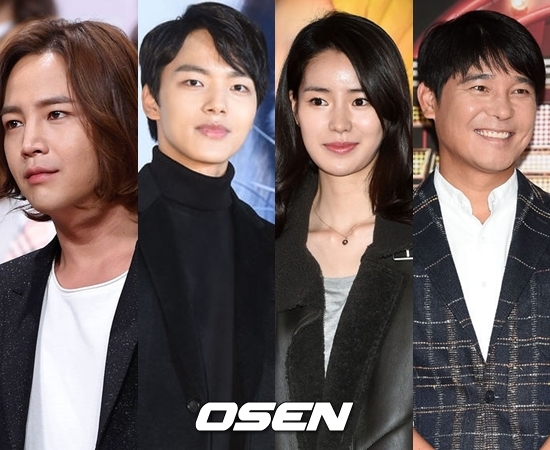 "Jackpot" is the story of an unfortunate prince Yeong-soo (Dae-gil) who is born with the fate of royalty but lives the life of a peasant and Yeong-jo who has everything. It's a faction historical about the conflicts of love, fate and the throne. It's being called the Joseon version of "All In".

Casting is in still process as Jang Keun-suk was offered the role of Dae-gil and Yeo Jin-goo the role of Yeong-jo. Lim Ji-yeon was offered to play Dam-seo and Im Chang-jung was also offered a role in "Jackpot".

However, the four of their agents drew a line as they told OSEN that nothing has been confirmed yet. After news about casts went out, Im Chang-jung posted on his SNS, "What is this? It's something I never heard about. Maybe the company is singing and acting on behalf of me. Is there no choice for me?" The post has now been deleted.

"Jang Keun-suk, Yeo Jin-goo, Lim Ji-yeon, Im Chang-jung to star in "Jackpot"?"
by HanCinema is licensed under a Creative Commons Attribution-Share Alike 3.0 Unported License.
Based on a work from this source