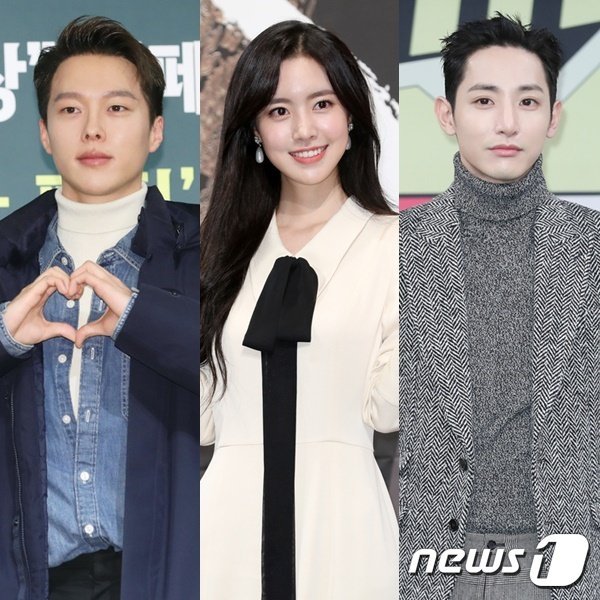 The new KBS 2TV drama "Born Again" is a mystery romance drama about reincarnation, in which the fate and resurrection of three men and women intertwined in two lives are depicted. In the drama, two men and a woman, who are bound by strong ties in the 1980s, resurrect as they have never been before and recount their love story.

Jang Ki-yong takes on the roles of Gong Ji-cheol, a lone wolf who refused to meet the same fate as his father in the 1980s, and Cheon Jong-beom, an elite medical student in the present time. This is his first attempt at two characters at once.

Lee Soo-hyuk tackles the role of detective Cha Hyeong-bin from the 1980s and investigator Kim Soo-hyeok in the present time. He's a romantist with charisma.

Jin Se-yeon is still reviewing her offer, but if she accepts she will be the single female lead. She will also put on a double performance that goes back and forth between now and the 1980s.

"Jang Ki-yong, Jin Se-yeon and Lee Soo-hyuk Up for "Born Again""
by HanCinema is licensed under a Creative Commons Attribution-Share Alike 3.0 Unported License.
Based on a work from this source