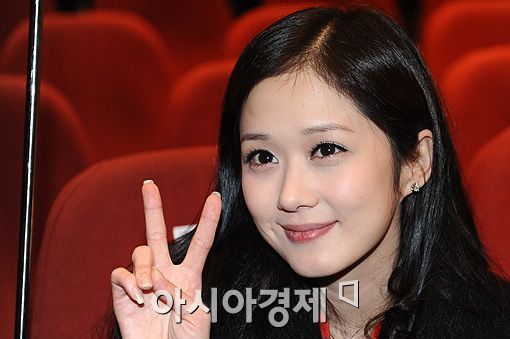 Korean actress Jang Nara has helped establish friendly ties between two cities, namely Qichun county in China and Jaechun city in Korea, according to her agency.

An official at the agency explained on Monday that the alliance was "an accomplishment made by Jang Nara, who is the PR ambassador for the two cities".

The actress became an ambassador for Qichun county last February, when she visited the grave of famous Chinese herbalist Li Shizhen, who was born and lived in the region.

She has also been named the publicity ambassador for the upcoming Chinese medicine exhibition, to be held in Jae-chun in October 2010.

Last month in Seoul, the actress had delivered relevant documents to the mayor of Jae-chun city from Chinese authorities. Both parties had agreed on the spot to sign an alliance, and community leaders from Qichun are scheduled to visit Jae-chun in June.

Jang made her debut in the entertainment industry as a singer, releasing her first album "The First Story" in 2001. The album spawned several hit songs including "Burying My Face In Tears" and "April Story", selling over 250,000 copies.

She then became a household name with the success of her second album "Sweet Dream" (2002) which sold over 400,000 copies.

Jang also made an impressive crossover into acting, starring in several hit dramas and films including the popular sitcom "Non Stop 2" (MBC, 2001) and "The Successful Story Of A Bright Girl" (SBS, 2002).

"Jang Nara helps two cities sign friendship alliance"
by HanCinema is licensed under a Creative Commons Attribution-Share Alike 3.0 Unported License.
Based on a work from this source