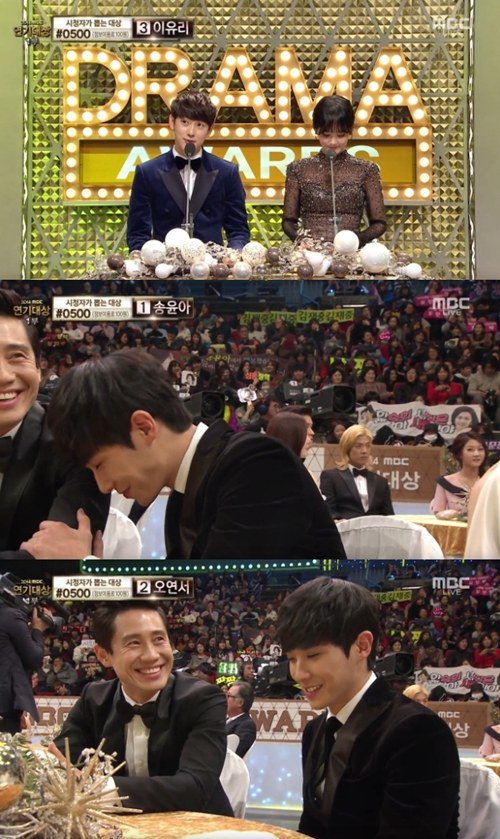 During the MBC Drama Awards, which took place on December 30th, Jang Nara talked about Lee Joon from 'Mr. Back'.

When the award presenter, Im Si-wan told Jang Nara "I saw my friend, Lee Joon playing the role who loved you in 'Mr. Back' The love was unfulfilled as expected. It's because he loved someone out of his league".

The 2014 MBC Drama Awards is a beautiful harmonized event where all the actors and actresses who appeared in MBC dramas and have been loved by viewers this year get together. The event was hosted by Choi Soo-young (Girls' Generation, 'My Spring Days') and comedian Shin Dong-yup. The MBC Drama Awards adopted the exceptional method to decide its Grand Award winner by vote 100%.

"Jang Nara "Lee Joon likes Shin Ha-kyun more than me" "
by HanCinema is licensed under a Creative Commons Attribution-Share Alike 3.0 Unported License.
Based on a work from this source