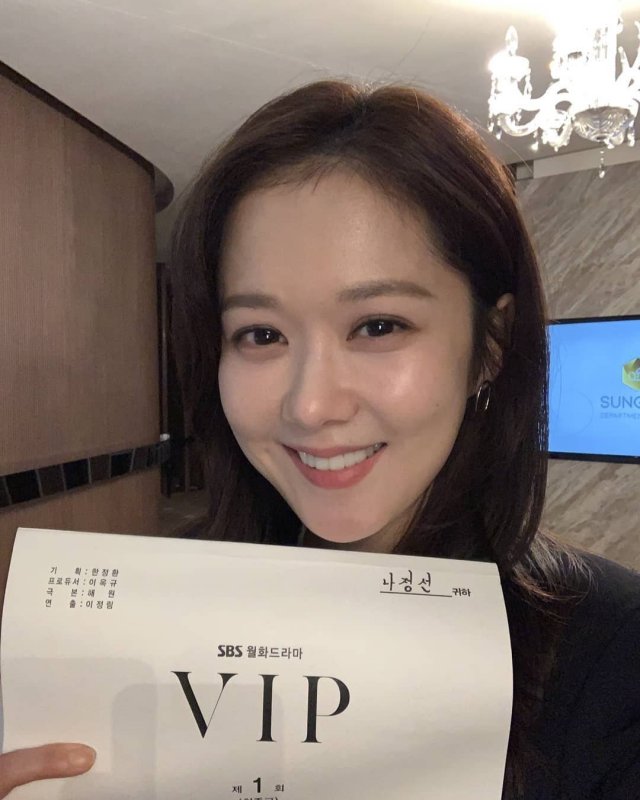 Jang Nara is going into a new drama.

She posted on Instagram on the 20th saying, "VIP. Hello ! I am Na Jeong-seon".

She's holding up the script for the first episode of the new SBS drama "VIP". She last appeared in the SBS drama "The Last Empress" as Oh Sunny,

Meanwhile, "VIP" depicts the stories of a diverse group of people against the backdrop of a department store starring Jang Nara, Lee Sang-yoon, Lee Chung-ah and Pyo Ye-jin.

"Jang Nara Takes Selfie With "VIP" Script"
by HanCinema is licensed under a Creative Commons Attribution-Share Alike 3.0 Unported License.
Based on a work from this source