Jang Nara, "To have children before forty, I should get married within two years" 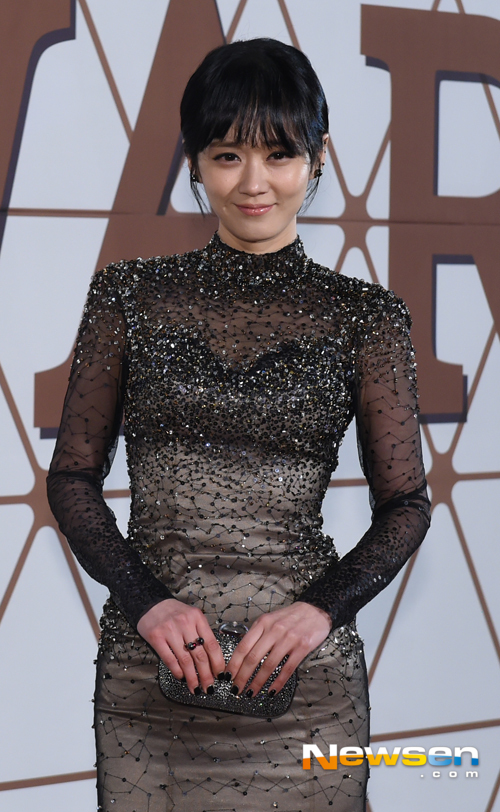 Jang Nara shared her thoughts about marriage and having children.

On January 27th, Sina.com, the Chinese media released an interview with Jang Nara, who starred as a lead in the romantic dramas, 'Fated to Love You' and 'Mister Baek'

When she was asked to compare Jang Hyuk and Shin Ha-kyun, whom Jang Nara costarred with in 'Fated to Love You' and 'Mister Baek', she said, "Both of them are kind and great actors. I could not feel any difference. It's just that they have their own styles".

When a reporter complimented her on her 'Youthful face', she responded humbly, "I myself used to think I looked younger for my age before. But I think I look for my age now".

About her thoughts on marriage and children, she said, "I'm single currently. I'd like to meet a kind-hearted and healthy guy. But if there are too many conditions, then it'll be hard to meet". She also added some witty comments saying, "I think I should start dating and get married before 37 years old. In that way, I can have children before I'm 40 years old. But these are only thoughts".

Jang Nara said, "I'm looking into my next work. Although a discussion is going on about a Chinese drama, it's not confirmed yet. I hope I could meet my Chinese fans through the drama as I am thankful for the works done in China. I hope all of you are happy and healthy in the upcoming year of sheep. I hope your dreams come true in 2015. Thank you for everything".

Jang Nara crowned three awards including Top Excellence Award for Actress, Popularity Award, and Best Couple Award, from the 2014 MBC Drama Awards last year for her roles in 'Fated to Love You' and 'Mister Baek'.

"Jang Nara, "To have children before forty, I should get married within two years""
by HanCinema is licensed under a Creative Commons Attribution-Share Alike 3.0 Unported License.
Based on a work from this source