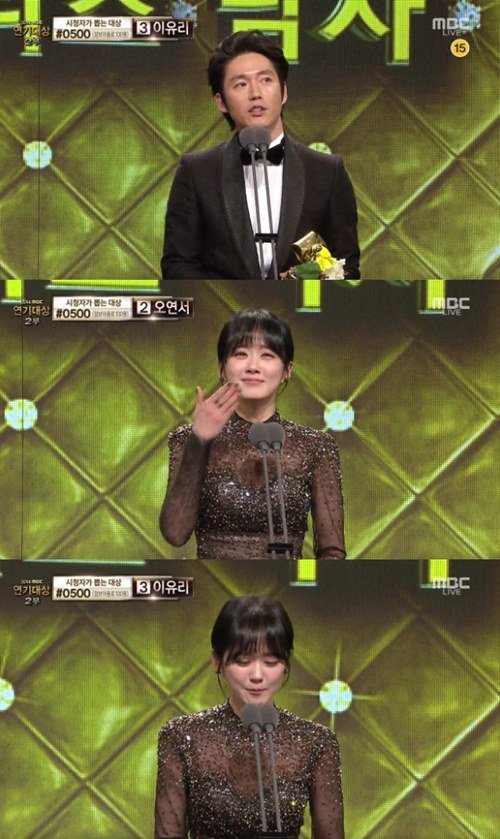 The two of them were awarded the Best Actor and Actress at the 2014 MBC Drama Awards on the 30th.

Jang Hyuk said, "I did a romantic comedy for the first time in 12 years and I'm glad I had the chance to. Thank you".

She said, "All the producers are sitting at the back. Thank you so much. While working on two straight projects in a row, I wondered where else I would meet such great staff. I am so grateful. Thank you, Jang Hyuk and Shin Ha-kyun for leading me with smiles all the time and also thank you Lee Joon, Choi Jin-hyuk, Wang Ji-won, Park Ye-jin and all of you".

"I was worried the drama might be boring but I'm happy you liked it" she added.

Meanwhile, the 2014 MBC Drama Awards is an event to celebrate those dramas that were successful throughout the year and this year's event was hosted by Shin Dong-yup and Choi Soo-young from Girls' Generation. The winners were chosen 100% by text votes from the public.

"Jang Nara wins Top Excellence Award in a Miniseries and says, "Thanks Shin Ha-kyun""
by HanCinema is licensed under a Creative Commons Attribution-Share Alike 3.0 Unported License.
Based on a work from this source