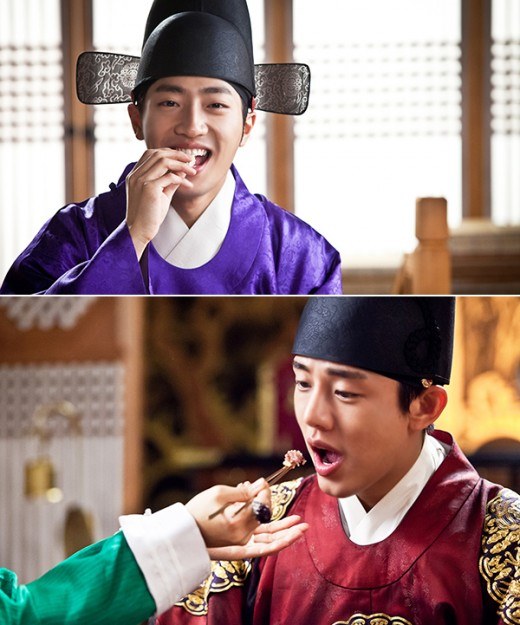 Actors Lee Sang-yeob and Yoo Ah-in's pictures were revealed on the 31st.

The two can be seen eating in the drama "Jang Ok-jeong" in the pictures.

They both show their teeth slightly when they eat. Lee Sang-yeob's role in the drama is a cheerful character and he seems playful most of the times. Yoo Ah-in on the other hand, doesn't eat with his own hands but is fed most of the time.

""Jang Ok-jeong" Lee Sang-yeob and Yoo Ah-in"
by HanCinema is licensed under a Creative Commons Attribution-Share Alike 3.0 Unported License.
Based on a work from this source