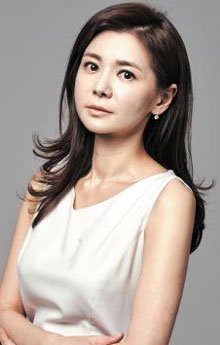 Actress Jang Seo-hee has joined a TV drama for the first time in four years since 2010.

"Cuckoo Nest", which began airing on Tuesday, is yet another soap opera that deals with lurid subject matter like adultery, the distorted relationships between family members and lovers, and vengeance while featuring strong language and scenes of domestic violence.

Cast as an unhappily married woman, she is forced to deal with the death of her boyfriend, a diagnosis of uterine cancer and pressure from her mother-in-law to get divorced from the first episode.

"A lurid melodrama like this must have Jang Seo-hee in it. She was the most sought-after actress", said producer Kwak Gi-won.

Although Jang started acting as a child and has already appeared in 31 dramas, she is most well known for her roles in such lurid dramas as "Miss Mermaid" and "Temptation of Wife".

As her success is based on featuring in the most extreme kind of melodramas -- which the actress calls a genre in their own right -- she is sometimes criticized for having a narrow acting range.

But critics say Jang is a reliable actor whose talents regrettably tend to get overshadowed by the type of dramas that have brought her fame.

"Jang Seo-hee Returns as Vengeful Woman in New Soap"
by HanCinema is licensed under a Creative Commons Attribution-Share Alike 3.0 Unported License.
Based on a work from this source