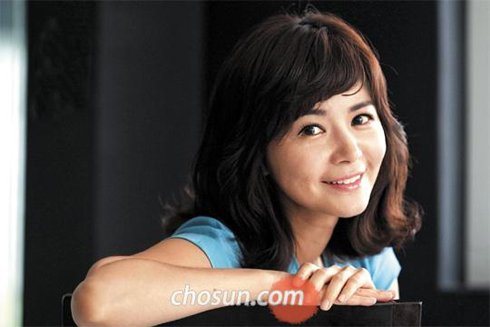 Actress Jang Seo-hee is set to play a femme fatale from next month in the Chinese historical drama, "Heroes of Sui and Tang Dynasties".

She has been cast in the role of consort Zhang Lihua in the 60-episode drama that will air from July on China's Hunan TV. Her co-stars include Dicky Cheung and Winston Chao.

"I'm happy as I feel like my 10 years in China is finally paying off", Jang said on Tuesday. "Zhang Lihua is a famous figure in Chinese history. She was an imperial consort of the Chen dynasty. After she lost her power, she approached the emperors of the Sui and Tang dynasties and bewitched them with her beauty, to take revenge on her enemies".

Since 2003, Jang has been pursuing her acting career in both China and Korea. "I faced many challenges in China. Although I got off to a promising start, I dealt with more failure than success along the way. I even took part in some dramas that never made it on TV. However, all the failures taught me what I needed to know to eventually make it".

Why did she decide to build her career in China while in her 30s? "I wanted to venture into a bigger world. Some people said it was a bit late to start a new career in a new place, but I don't think there is a 'right time' when it comes to acting. If things are meant to be, it's better that they happen later than never at all".

Does she not worry about losing her popularity in Korea? "I don't feel worried about that because I see all the things I'm doing now as an investment in my future as an actress. More than anything, I feel proud of how I've made my life as an actress", she said.

"Jang Seo-hee to Play Femme Fatale in Historical Chinese Drama"
by HanCinema is licensed under a Creative Commons Attribution-Share Alike 3.0 Unported License.
Based on a work from this source