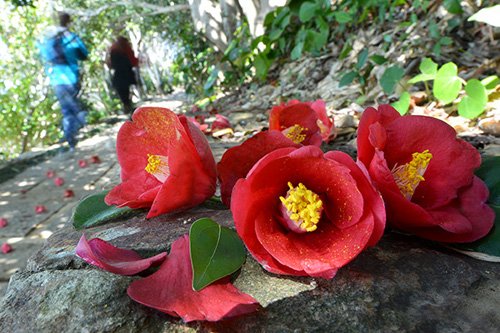 It was a contemptuous stare from my girlfriend of four years that ultimately prompted me to book a trip to Jangsa Island in Tongyeong, South Gyeongsang Province where the SBS TV drama "My Love from the Star" was shot.

The look in question came after she watched an episode from the hugely popular TV show. I could see she was comparing me to actor Kim Soo-hyun.

Thanks to Kim's character, and especially his supernatural powers, many women are now demanding more from their boyfriends. They used to want to have their own Prince Charming, then the trend was for someone more masculine and macho, but now women want their partners to have the power of a superhero! What more can I do? I can't turn into an alien like Kim's character.

Kim took Jun Ji-hyun, the lead actress in "My Love from the Star", to Jangsa Island using his extraterrestrial powers. It was a beautiful scene in a stunning natural setting, in which Jeon confesses her love to Kim. 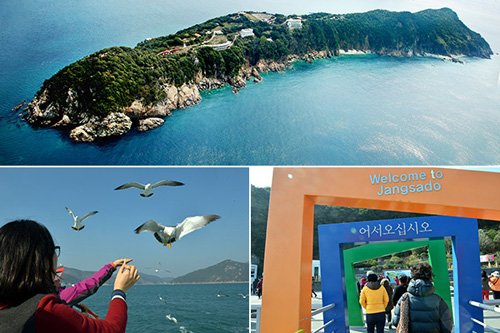 When I arrived at the ferry terminal in Tongyeong it was early morning but the lines were already long. People were taking photos in front of posters of the popular drama, enjoying their escape from reality as they pretended to be either Kim or Jeon. There were a large number of tourists from China, reflecting the explosive popularity of the soap there.

A 40-minute ferry ride south of the port takes you to the island, which looks like a long snake. Tourists have two hours to enjoy the island until the ferry leaves to take them back. As they must depart from a different dock, tours of the island are designed to lead from one dock to the other for maximum convenience. 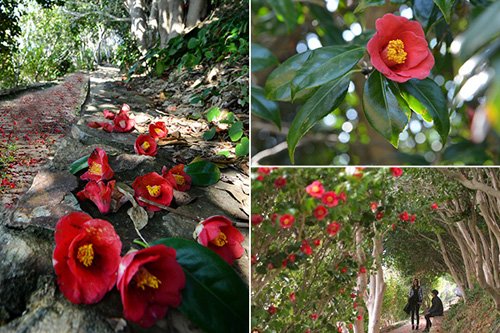 The famous Camellia tunnel path comes into view within five minutes of setting foot on land. This 60-m road boasts over 100,000 naturally grown Camellia trees, with the oldest dating back 250 years. It was the first place that Kim and Jeon visited on the island. Now, it is no longer peaceful but bustling with tourists.

However, its untarnished beauty remains intact. Red Camellia flowers grow in profusion against a low stone wall along the path to captivate visitors' attention. Along the way to the departure dock, there are over 1,000 types of plants growing in natural harmony. Although the island is currently uninhabited, the buildings that housed its former tenants until they left some 30 years ago remain in place. 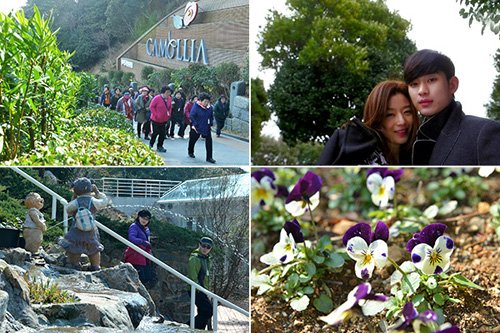 Jangsa Island stands about 100 m above sea level, making it a great spot to take pictures with the sea as a striking backdrop. Rainbow Bridge, which lies at the heart of the island, is perhaps the best place to take photos as you can combine the blue sea and green ridge of the island. 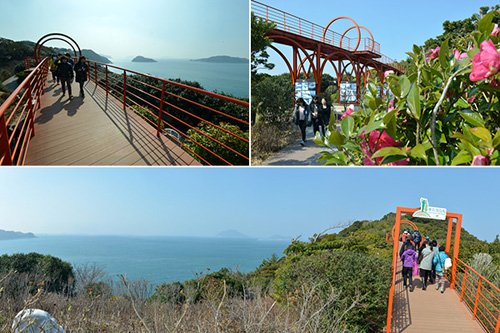 By Hwang In-sik, a reporter at Digital Chosun

"Jangsa Island Proves Perfect Location for Out-of-This-World Date"
by HanCinema is licensed under a Creative Commons Attribution-Share Alike 3.0 Unported License.
Based on a work from this source