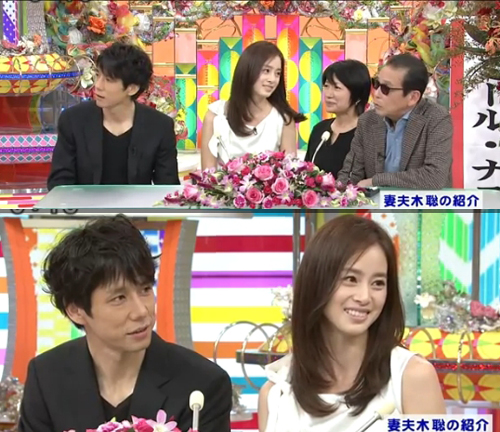 Actress Kim Tae-hee is being criticized by Japanese netizens.

She appeared in the Fuji TV program "Smile!" on October 21st.

She appeared with her Tamori, co-actor in the drama "99 Days With a Star" which is due to be shown from October 23rd.

Tamori was introduced as the main guest first and then Kim Tae-hee. She sat in the middle and spoke about Japanese foods and dramas.

Japanese netizens who saw this responded saying, "Second guest Kim Tae-hee should have sat at the end", "She shouldn't sit in the middle when she's just a guest", "She's so rude" and more.

"Japan criticizes Kim Tae-hee "So rude""
by HanCinema is licensed under a Creative Commons Attribution-Share Alike 3.0 Unported License.
Based on a work from this source