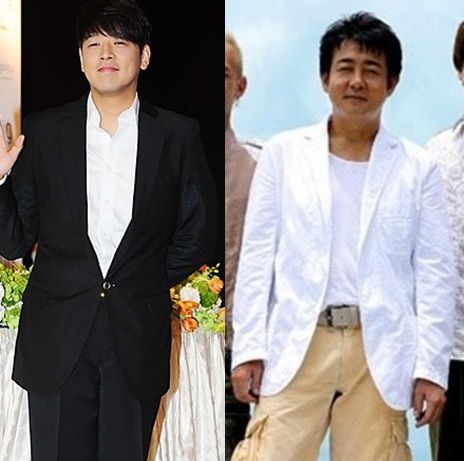 At a press conference in early October, Ryoo had mentioned that he had several singers in mind to perform during his nuptials alongside Korean singer Kim Jin-pyo but declined to disclose whom.

"I can't mention the names right now because I haven't asked yet but I really admire them both", Ryoo had explained at the time.

On Tuesday however, just hours before his wedding, he revealed that Japan's Nobertu Maeda and veteran singer Shin Seung-hun will also sing at the ceremony.

Ryoo became acquainted with Nobuteru Maeda while in Japan and sang songs "Only One", "I Wanna Be With You" and "Aishteru", all composed by Nobuteru Maeda, at his concert in Tokyo in 2008.

Set to also become a dad next spring, Ryoo, 38, will tie the knot with nine-year younger bride today evening at the Grand Hyatt hotel.

He has also led a successful career in Japan in both music and acting, having released 17 albums and appearing in several local dramas.

"Japan's Nobuteru Maeda to sing at Ryu Si-won's wedding"
by HanCinema is licensed under a Creative Commons Attribution-Share Alike 3.0 Unported License.
Based on a work from this source