Japanese Actress Hopes to Get More Recognition in Korea 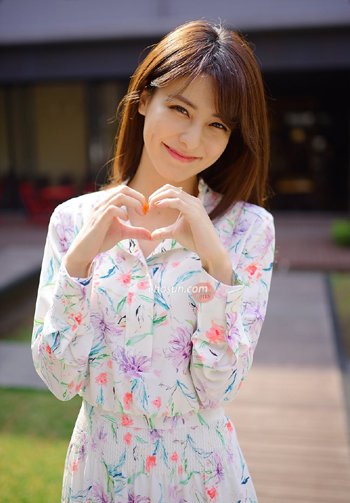 Japanese actress Mina Fujii is proud to be starring in "Death Note: Light up the New World", the latest installment of the manga-based movie franchise that was recently released in Korea.

"Just appearing in the film was an honor and important to me because I've liked the series since I debuted", she told the Chosun Ilbo.

Fuji has appeared in several Korean dramas and films. "When I saw "Winter Sonata" I dreamed of working in Korea someday", she said. The megahit soap starring Bae Yong-joon started what became known as the Korean Wave.

"I made my debut in Japan when I was 17. Studying and working at the same time was hard, but I managed because it was the life I chose", she said.

She became known here for her role in the Korean TV series "The King of Dramas" in 2012.

"I was lucky. Many people recognized me, and I appeared in several variety shows after that. I don't speak Korean very well, but I guess I appealed to viewers because I was a foreigner here", she said.

Fuji is also fluent in English and recently finished filming a Japanese-Taiwanese co-production, which is scheduled to be released this year.

Discussing her goals this year, she said, "I want to work on more projects, so everybody recognizes me as an actress rather than a TV personality".

"Japanese Actress Hopes to Get More Recognition in Korea"
by HanCinema is licensed under a Creative Commons Attribution-Share Alike 3.0 Unported License.
Based on a work from this source