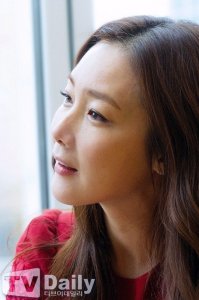 Japanese fans have officially launched a fan club for Korea's top actress Choi Ji-woo, who has led the Korean wave by starring in hit TV dramas such as 'Winter Sonata', 'Beautiful Days' and 'Stairway to Heaven'.

The name of the fan club is 'Lily', a flower which fans say well-represents Choi's pure and innocent image.

The official website of the fan club will open on March 1 after a pilot run. In the summer, the website will organize various events in which the actress will take part.

On lunar New Year's day, Choi unveiled a new year's message which she personally wrote on the website.

She also left a video message for her Japanese fans expressing her happiness over the launch of her long-awaited Japanese fan club. In her message, she also promised the fans that she will work hard to show her true self through 'Lily' and hoped she would be able to meet them in person soon.