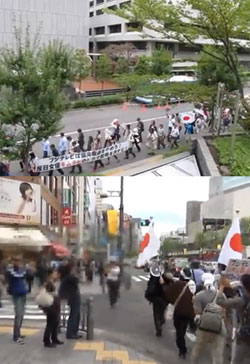 Actress Kim Tae-hee has provoked the ire of a Japanese online mob after she was cast in a starring role in a Japanese TV series.

Kim will be starring in Fuji TV's "99 Days with the Star", which is awaiting its premiere next Sunday.

But Japanese netizens claim she is leading an anti-Japanese campaign around the world. Kim travelled to Switzerland with her brother and fellow actor Lee Wan in 2005 and campaigned over the Dokdo Islets.