Jeju Becomes One of New 7 Wonders of Nature 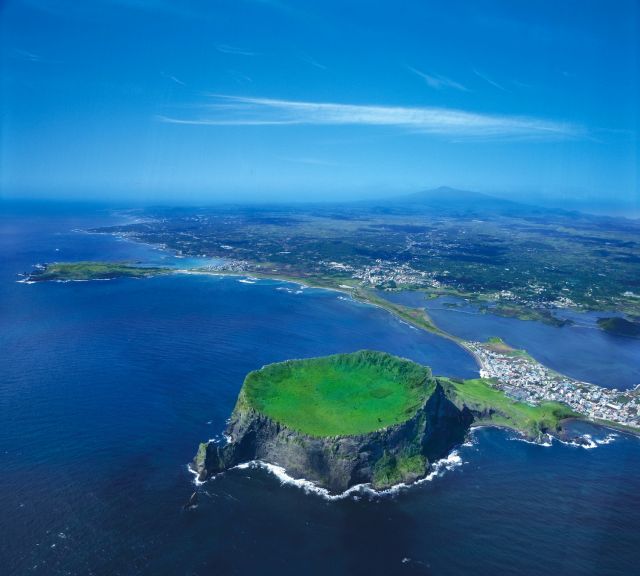 The crowd erupted as Jeju was announced as one of the New 7 Wonders of Nature.
More than a thousand people filled the Jeju Arts Center auditorium early Saturday to wait for the results, which were announced on the official website at 4:07 a.m. Korea Time.
Jeju was one of seven sites selected.
The rest of the New 7 Wonders of Nature include South America's Amazon River,
Vietnam's Halong Bay, Brazil's Iguazu Falls, Indonesia's Komodo Island, Philippines' Puerto Princesa Underground River and South Africa's Table Mountain.
The final results come after more than four years of voting online, on the phone and through text messages.

Officials expect Jeju's new status as a new wonder of the world will give a boost to its tourism industry, potentially producing around 1.4 trillion won or roughly 1.2 billion US , dollars in additional revenue.

[Interview : Choe Kwang-sik, Minister of Culture, Sports & Tourism] "The Ministry of Culture, Sports and Tourism believes this selection will serve as an opportunity to develop Jeju into a destination location for overseas tourists, and in doing so, it will help Korea become a stronger tourist destination".

Celebrations accompanied the announcement at Jeju Arts Center with various musical and dance performances.
It was also an unfortgettable moment for Jeju residents, like Mr. Lee who has been promoting the island on his jersey while running in different marathons.

[Interview : Lee Sung-rae, Jeju resident] "Completing a marathon in time for the announcement of the New 7 Wonders gives me great joy".

With Saturday's announcement, Jeju added a fourth title as a natural heritage site.
The resort island had previously received all three UNESCO honors, including status as a "biosphere reserve", a World Natural Heritage Site and as a "geopark".

[Interview : Kim Han-ul, chkim@arirang.co.kr] "It was a moment of triumph for Jeju this morning.
Now with the winners announced, the seven finalists will coordiate their official declaration events in their respective countries.
Kim Han-ul, Arirang News, Jeju".