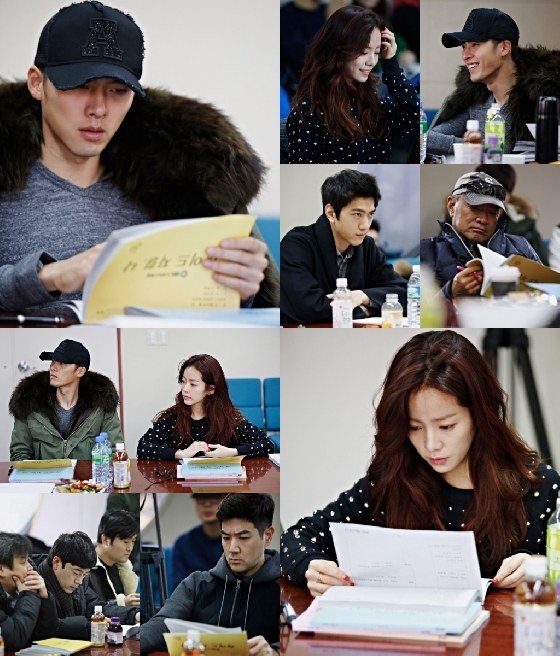 Jo Yeong-gwang started out by saying, "I did my best to bring together a great cast. You are all actors and actresses fit for your characters. It would be a long journey but I hope you all work with me".

Hyun Bin showed amazing concentration. He played two roles at once and perfectly.

Sung Joon, Lee Deok-hwa, Han Sang-jin, Lee Seung-joon and others all did their best as well. Four hours later, everyone greeted everyone and talked about the drama.

"Jekyll and I" is a romantic comedy about a bad guy named Jekyll and a good guy named Hyde, both falling in love with the same woman.

""Jekyll and I" script reading session with Hyun Bin and Han Ji-min"
by HanCinema is licensed under a Creative Commons Attribution-Share Alike 3.0 Unported License.
Based on a work from this source