"Jekyll and I" script reading session with Hyun Bin, Han Ji-min and others 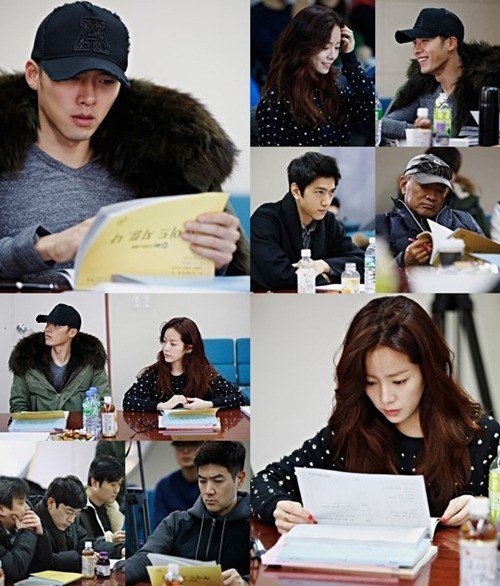 Everyone greeted each other before script reading began.

Director Jo Yeong-gwang said, "We worked hard to create the best team. We are all the best at what we do and although it might be a long trip down the road, let's work hard at it".

Han Ji-min was the perfect Jang Ha-na and she drew out her character just by reading her script.

Sung Joon, in the role of a hypnosis specialist, read out his lines firmly and calmly.

Lee Deok-hwa, Han Sang-jin, Lee Seung-joon and other middle-aged actors made the scene seem so real with their years of experience and solemnity.

Meanwhile, "Jekyll and I" is a romantic comedy about the man with two personalities falling in love with a woman and it will be released in January.

""Jekyll and I" script reading session with Hyun Bin, Han Ji-min and others"
by HanCinema is licensed under a Creative Commons Attribution-Share Alike 3.0 Unported License.
Based on a work from this source