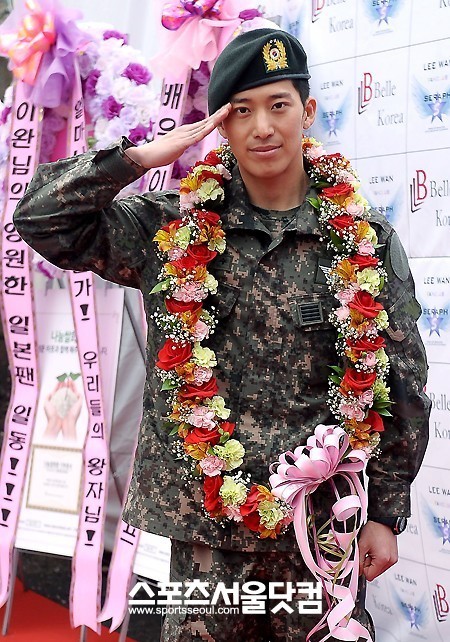 Jeong Beom-gyun appeared on the KBS 2TV program "Happy Together Season 3" with Boom on the 6th.

He revealed that Boom wasn't the first on his list to invite to the show that day. "I was thinking about Lee Ahn at first and I kneeled in front of him but he couldn't because he was in dental treatment".

The guests of the show were surprised and wondered if it was alright to say on TV but Jeon said, "So what? He won't be making it out until next year".

Boom wasn't second on the list either. He was going to invite Lee Dong-gun who he met in the military but he was busy with his next project and refused.

Third came Lee Dong-wook but he was abroad and fourth was Kim Ji-suk who was in America and Boom just despaired. Jeong Beom-gyun revealed Boom and Mithra Jin were tied in fifth place.

Lee Wan was discharged in April is currently in dental treatment and he once revealed he would be more active after that.

"Jeon Beom-gyun, "Lee Wan is in dental treatement""
by HanCinema is licensed under a Creative Commons Attribution-Share Alike 3.0 Unported License.
Based on a work from this source