Jeon Do-yeon and Ryu Jun-yeol in "No Longer Human" 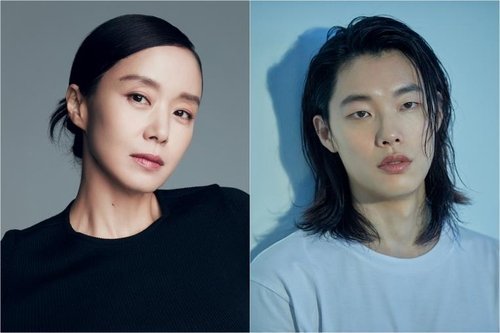 JTBC announced Jeon Do-yeon and Ryu Jun-yeol are starring in a new drama called "No Longer Human" on the 21st.

It deals with the story of ordinary people who realize they have 'become nothing' in the downhills of life.

Jeon Do-yeon plays Boo-jeong (Jeon Do-yeon) who is lost and Ryu Jun-yeol plays Kang-jae, a man who is scared he won't become anything.

The screenplay is written by Kim Ji-hye while it is helmed by director Heo Jin-ho.

Director Heo is attempting at his first drama and he says, "I'm very grateful to be working with these two actors and I hope to capture Boo-jeong and Kang-jae's story with a warm perspective.

"Jeon Do-yeon and Ryu Jun-yeol in "No Longer Human""
by HanCinema is licensed under a Creative Commons Attribution-Share Alike 3.0 Unported License.
Based on a work from this source