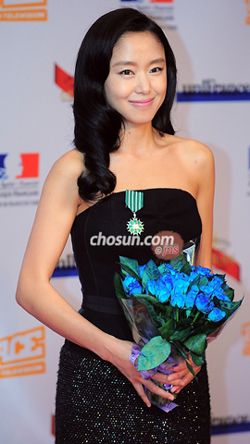 Cannes award-winning actress Jeon Do-yeon is being honored by the French government with the Chevalier des Arts et Lettres medal.

The award was established in 1957 by France's Minister of Culture to recognize noteworthy contributors to the arts and literature.

The medal is presented on Saturday during the 14th Pusan International Film Festival currently being held in Korea's southern port city of Busan.