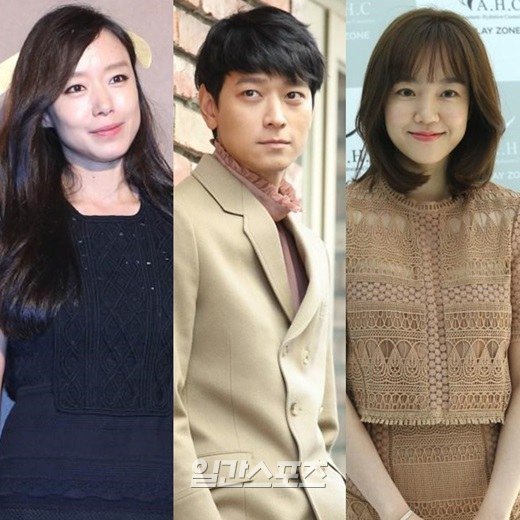 Said Gang Dong-won who hasn't been near a drama since the 2004 SBS drama "Magic".

Movie actor and actresses Gang Dong-won, Jeon Do-yeon and Im Soo-jung are looking to come back with a drama in 2016.

The Queen of Cannes Jeon Do-yeon has been talked about on the news that she is coming back with the tvN drama "Good Wives". She's happy with the synopsis and is very eager about starring in it. This will be her first drama in 11 years since the 2005 SBS drama "Lovers in Prague".

"Good Wives" is about a housewife whose successful prosecutor husband gets put in prison for corruption so she has to make a comeback for the first time in 13 years as an prosecutor herself. In the States, "Good Wives" started in 2009 and is ongoing for 7 seasons in a row. This role is no easy task as the actress has to portray the various emotional changes in the process of overcoming difficulties. Jeon Do-yeon felt excited for the character.

Gang Dong-won is thirsty for a drama too. He starred in one 12 years ago and continued to be in movies, never finding the right drama for him. He felt a separation between him and the drama making environment where it was all about paper scripts and continuous alternations.

However, not it's different. In a recent interview, Gang Dong-won said, "I want to be in a drama and I heard the production environment has changed a lot. I also want to make a drama with my movie people. It would be fun to make a movie which just won't do with 2 hours so we produce it into a 10 hour one". Under his conditions, the current period in which pre-productions are becoming a trend, is the right timing for him to come back.

Im Soo-jung hasn't been in a drama since the 12 year-old "Sorry, I Love You". She was about to star in the SBS drama "All About My Romance" in 2013 but it fell through. So she focused on movies but didn't see much light with anything she did and that put a crack in her ego. She hasn't had an impressive breakthrough like "Sorry, I Love You" yet.

Im Soo-jung said she was always looking for dramas. Several have gone past her but still more have been coming her way. As an actress she thinks she needs to appear in more public viewings but she hasn't been able to. Now she plans on being more open minded and being more active in dramas and movies. Nothing specific has been heard of yet but she's ready.

"Jeon Do-yeon, Gang Dong-won and Im Soo-jung's 10-year drama plan"
by HanCinema is licensed under a Creative Commons Attribution-Share Alike 3.0 Unported License.
Based on a work from this source