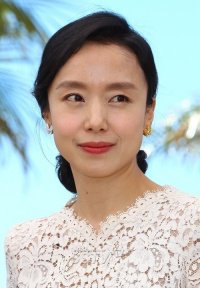 Actress Jeon Do-yeon will be making a cameo appearance in the SBS television drama series "On Air" which is set to air on February 27th. This will be the first cameo appearance for the actress who will play herself in the series.

"On Air" which is actually set in a broadcasting company will feature Jeon Do-yeon as the top star who one of the leading characters Jang Ki Joon (played by Lee Beom-soo), an agent and manager, used to represent. Jeon Do-yeon finished filming the scene last month in Seoul.

Jeon Do-yeon's appearance was based on her relationship with the writer Kim Eun Sook and producing director Sin Woo-cheol who she worked with during "Lovers in Prague".

Sin Woo-cheol comments, "It probably wasn't easy for a top actress to agree to a cameo appearance but I am very thankful that she did so without hesitation. I believe she will give a significant positive impact to the series".

Kim Eun-sook comments, "It is a very short scene, but the role will leave a strong image and impact at the beginning of the series. That is why I asked Jeon Do-yeon to appear as the top actress".

"On Air" is a miniseries featuring Song Yoon-ah, Lee Beom-soo, Kim Ha-neul, and Park Yong-ha based on the actual production stages of a television drama series.