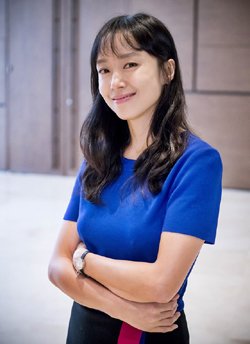 A remake of the hit U.S. TV series "The Good Wife" on a cable channel here provides a tailor-made outing for the Cannes-winning actress Jeon Do-yeon.

In the tvN series, she plays a woman who struggles as a lawyer, a mother and a human being after her husband cheats on her.

"I was nervous and stressed because it's my first appearance on the small screen in a decade", she told reporters Thursday.

"The whole crew gathered together to watch the first episode", which aired early this month, she said. But now the glowing reviews have taken a weight off her shoulders.

Julianna Margulies, the original Good Wife, is a hard act to follow. But Jeon said she was unable to fully empathize with the American character at first.

After watching a few episodes of the original, she thought her character should be different and adapted to the scene here. "But both of the women grow because of their struggles", she said.

She has shot around half of the 16-episode series and hopes it will keep viewers' attention.

"Jeon Do-yeon Shines in 'Good Wife' Remake"
by HanCinema is licensed under a Creative Commons Attribution-Share Alike 3.0 Unported License.
Based on a work from this source