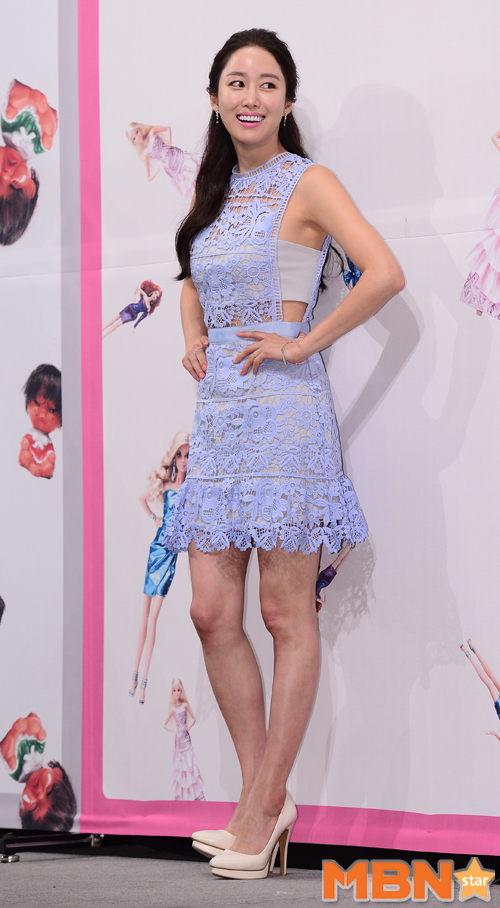 Jeon Hye-bin is responding to photocalls for reporters on the venue.

"Oh Hae-Young Again" is a romantic drama about a man named Park Doo-kyeong (Eric Mun) who can see the future and a woman named Oh Hae-yeong (Seo Hyun-jin) whose life is tangled up because of another woman who has the same name as her (Jeon Hye-bin).

"Jeon Hye-bin in lavender see-through dress at 'Oh Hae-Young Again' press conference"
by HanCinema is licensed under a Creative Commons Attribution-Share Alike 3.0 Unported License.
Based on a work from this source