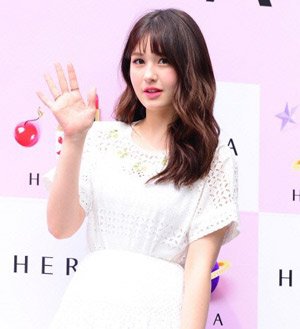 Jeon So-mi, who was a member of the now-disbanded girl group I.O.I, has left JYP Entertainment.

The talent agency said on Monday that it agreed to terminate its contract with the singer. It said it was "grateful to the artist and to her fans for supporting her".

Jeon debuted with I.O.I, whose members were the top 11 winners of the audition show "Produce 101" on music cable channel Mnet in 2016. She finished first on the show and gained a huge following.

I.O.I were only active from May 2016 until January 2017, but Jeon has remained popular, appearing on various TV shows and commercials.

Many fans are curious about the reasons for the sudden termination, as she was expected to be a member of JYP's new girl group. But the agency did not offer any explanation.

"Jeon So-mi Abruptly Ends Contract with JYP Entertainment"
by HanCinema is licensed under a Creative Commons Attribution-Share Alike 3.0 Unported License.
Based on a work from this source