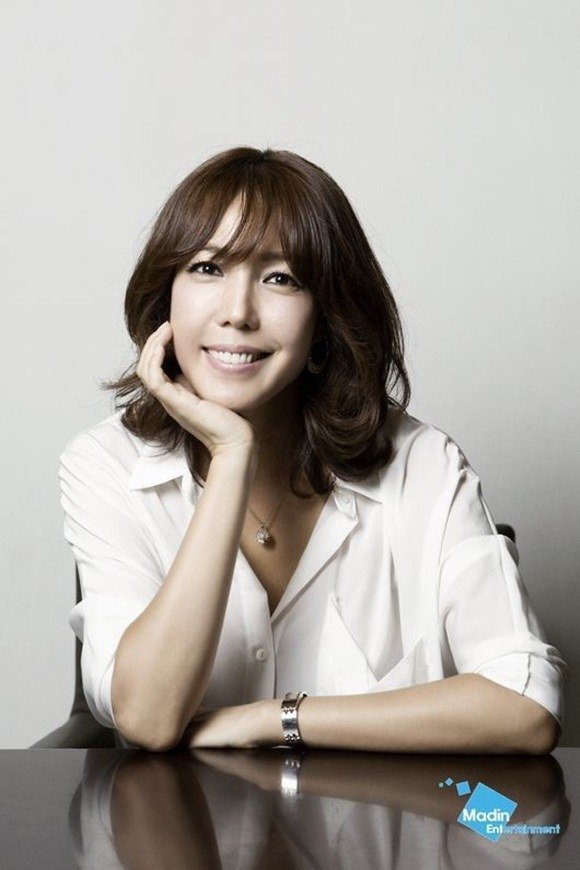 Actress Jeon Soo-kyung is starring in the movie "Enemies In-Law".

She's starring in "Enemies In-Law" which is a romantic comedy about the son of a criminal organization, Cheol-soo (Hong Jong-hyun) and the daughter of a Police Family, Yeong-hee (Jin Se-yeon), trying to get married.

Jeon Soo-kyung is a sexy middle-aged woman named Jo Kang-ja, a forger who can forge anything from the president's identity and relationships. She's also Cheol-soo's mother.

Jeon Soo-kyung said, "I am so excited to be in this movie with amazing people. I am happy to be the mother of Hong Jongg-hyeon, one of the rising stars today".

Meanwhile, Jeon Soo-kyung starred in MBC weekend drama "Mama - Nothing to Fear" as Kwon Do-hee, a powerful and charismatic representative of the parents' committee. She is currently in two musicals "Chicago" and "La Cage" as Mama Morton and Madam Dingdong.

"Jeon Soo-kyung to star in "Enemies In-Law" and Hong Jong-hyun's mother"
by HanCinema is licensed under a Creative Commons Attribution-Share Alike 3.0 Unported License.
Based on a work from this source