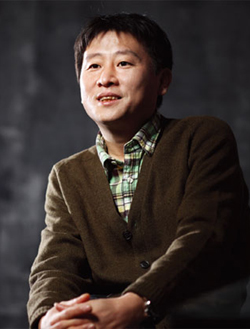 Director Jeong Seong-san's latest film is titled "Ryang-kang-do: Merry Christmas, North!" and portrays children rather than political and ideological struggles in North Korea. The film was released in November 2011. Jeong said, "I wanted to depict the reality in North Korea accurately through cultural medium".

"Ryang-kang-do: Merry Christmas, North!" begins with a scene where Christmas presents attached to balloons from South Korea fall on a village in North Korea. The film took seven years to reach the theaters. The project started in 2004 but only finished in 2006 after much difficulty. Then it took another six years to finally find a distributor, only to be screened in a very small number of cinemas.

Jeong expressed his dismay and sadness at the situation after pouring all his passion into his debut film. "I wanted to talk about hope through children who manage to live normally despite impoverished and inhumane conditions in North Korea. Although it failed to draw much attention, I think I should say I'm lucky to get a chance to screen it even briefly".

Jeong was born and raised in relative affluence as his father worked in importing cars. He was keen on film and studied at Pyongyang University of Dramatic and Cinematic Arts and also in Russia. But he was sent to a prison camp when caught listening to South Korean radio while serving in the military. He managed to escape, and after a long journey via China and Vietnam, he finally arrived in South Korea in 1995.

His passion for cinema did not die here. In 1996, Jeong entered Dongguk University to continue his studies in theater and film. He took a number of menial jobs from washing dead bodies in morgues to washing dishes at bars. He consistently built up his cinematic portfolio by working on scripts and as an accent coach for films related to North Korea such as blockbusters "Shiri" and "JSA - Joint Security Area".

After long preparation, Jeong started making "Ryang-kang-do: Merry Christmas, North!". Just when the money ran out, he also heard the tragic news that his parents had been executed in a prison camp. It was a painful period and he even thought about suicide. 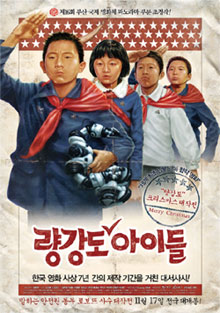 Although he was happy with the script, he could not find any fresh investors, so he put a halt to the project and instead chose to work on a musical -- "Yoduk Story" -- which propelled him to semi-stardom. The musical is about life and love in a notorious political prison camp. It has been performed over 300 times in South Korea and abroad and drawn 350,000 spectators.

"The musical is taking a break since the last performance in the National Theater in 2010, but it will return. I started it with the idea of staging it for about 10 years", but it stopped after North Korea sank the Navy corvette Cheonan and shelled Yeonpyeong Island. "When so many precious young lives were lost for no reason, there were so many people talking nonsense, like it wasn't North Korea that did it, or that it was a conspiracy. I was very upset and thought I should not just sit back and watch", Jeong said.

Jeong tries to communicate with young people by sharing his experiences and information about North Korea on websites frequented by youngsters. "Right now, there is a huge gap between the North and the South in all aspects, not just in economic terms. If people knew exactly what North Korea is like, they would find it even more difficult to imagine reunification", he said. "But I believe that by informing people about the situation in North Korea as accurately as possible, I can serve as a buffer or cushion to reduce the shock. That's why I continue to do this work regardless of pressure and discouragement".

"Jeong Seong-san's Long Struggle to Make Film About N.Korea"
by HanCinema is licensed under a Creative Commons Attribution-Share Alike 3.0 Unported License.
Based on a work from this source