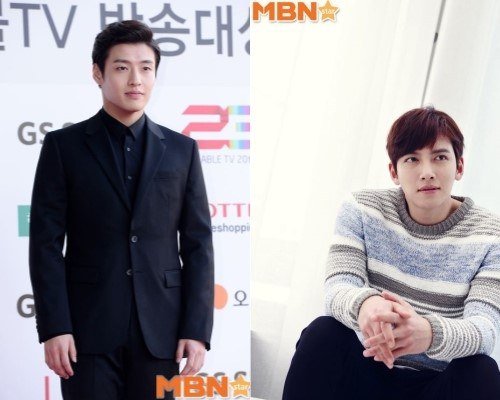 Ji Chang-wook mentioned the kiss scene with Park Min-young. He said, "I got used to the awkward kiss scene and I think I'll do better in the future".

Reporter Park Seul-gi asked if there was anyone he kissed more than her and he said, "I kissed Kang Ha-neul a lot in the musical "Thrill Me".

"The intensity of the show was a deep kiss. We did that a lot".

Not only that, he claims he enjoys drinking with his friends. He would drink until daylight and sing to the guitar.

However, he also claims he eats with his mother every morning.

"Ji Chang-wook, "I kissed Kang Ha-neul more than Park Min-young""
by HanCinema is licensed under a Creative Commons Attribution-Share Alike 3.0 Unported License.
Based on a work from this source