Ji Hyun-woo and Yoo In-na are in a relationship 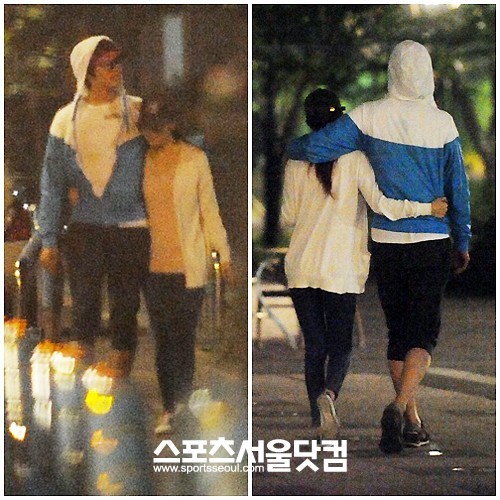 Actress Yoo In-na (30) opened her heart to actor Ji Hyun-woo's (28) love confession. While she didn't show a response to his public love request, she accepted it and enjoyed a late-night date with her younger boyfriend in the end.

Ten days after the love propose on the 17th, Ji and Yoo were seen together in a park in Bundang, Kyeonggido. It seems their love from the tvN drama "Queen In-hyeon's Man" came true in real life. Their date was as sweet and romantic as the movie. They walked the park in front of her house, hand in hand. They made eye contact and laughed like people in love.

They didn't hesitate to touch each other too. They hugged each other and wrapped their arms around each other's waist and shoulders in a path where there were no people. Yoo In-na seemed to be happy about the time being spent together as she held up a 'V' with her fingers at one point. Ji laughed at her and took care of her constantly. 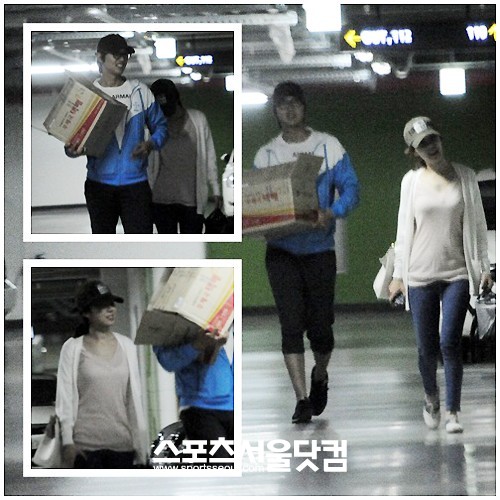 The drama was a major factor in their relationship. They met for the first time in the radio booth that Yoo hosted and then were cast for the drama "Queen In-hyeon's Man" in March. All throughout the drama, they seemed to have feelings for each other and caused a scandal, finally developing into a couple in the end.

Officials from the drama said, "The two have been taking care of each other more than other couple's from dramas. Their kiss scene was very real and many asked if they were actually seeing each other. They also go to the same hair salon and their relationship is public enough for everyone at the salon to know about it. It seems they build on their feelings for each other as they met in other places too besides the salon". 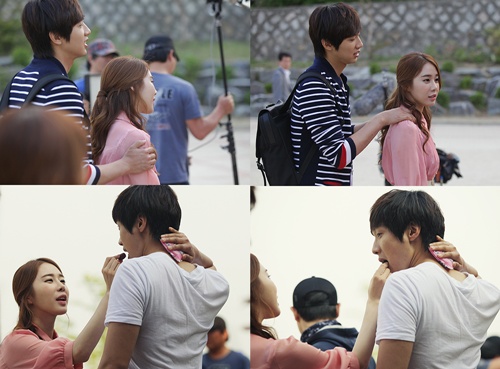 Ji Hyun-woo is two years younger than Yoo In-na but overwhelmed her with his male appeal. He had hinted about Yoo ever since the press release event of the drama saying, "I am honored to be in this drama with Yoo In-na", "I want to run the show for her" and more. Then finally, at an event where his family was present, he said, "I love Yoo In-na".

On the other hand, Yoo In-na attracted Ji with her un-elder-sister-like charm. Ji Hyun-woo had complimented her bright and cheerful personality several times in open public and showed his interest in her. When Yoo was asked about their relationship she had once said, "There are various possibilities for a man and a woman who are not married".

They have now become an official couple and made producer Kim Byeong-soo's wish of seeing them together come true. 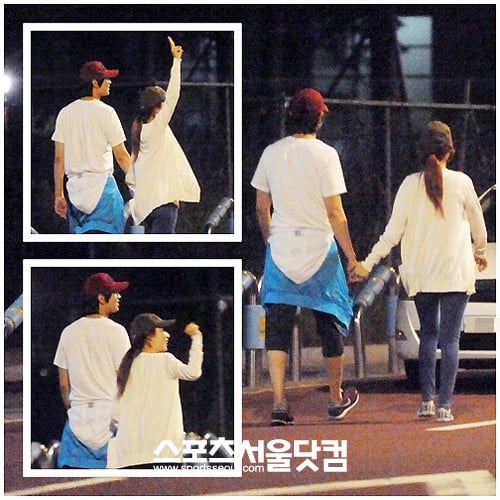 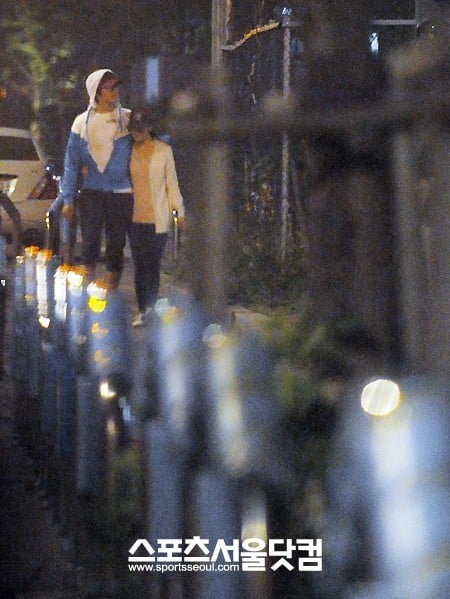 "Ji Hyun-woo and Yoo In-na are in a relationship"
by HanCinema is licensed under a Creative Commons Attribution-Share Alike 3.0 Unported License.
Based on a work from this source