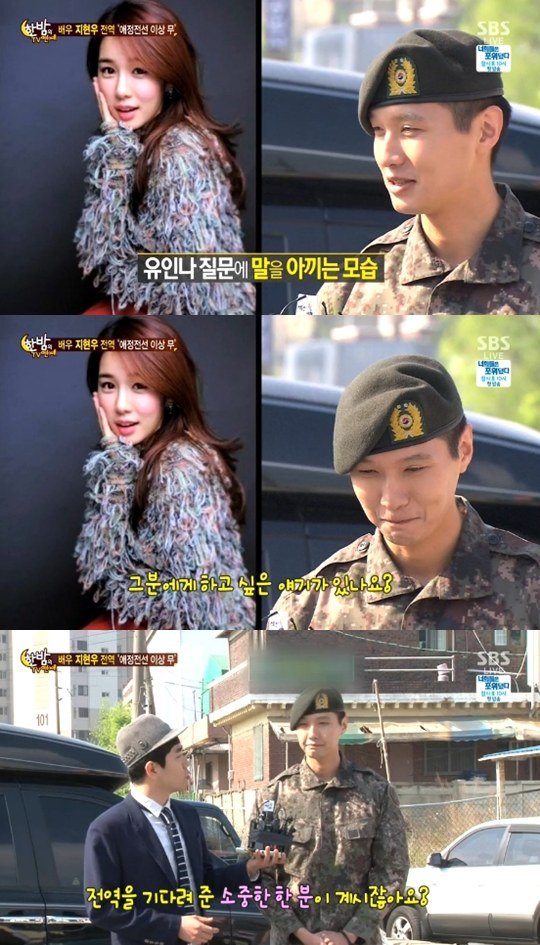 SBS "TV News At Night" interviewed Ji Hyun-woo as he was discharged from the army.

Ji Hyun-woo reported off duty in front of everyone who was there to congratulate him on his discharge.

During an interview this day, he said, "I don't think I should make a big deal out of this as the whole nation is in grief".

When he was asked what he wanted to do first, since he's done, he said, "I promised to go say prayers with my parents".

When the reporter asked if he wanted to say something to Yoo In-na, he said, "This is not the time..." Their agencies have reported them to be well and in a healthy relationship.

"Ji Hyun-woo avoids questions about Yoo In-na"
by HanCinema is licensed under a Creative Commons Attribution-Share Alike 3.0 Unported License.
Based on a work from this source