Ji Hyun-woo postpones the military to cure back injury 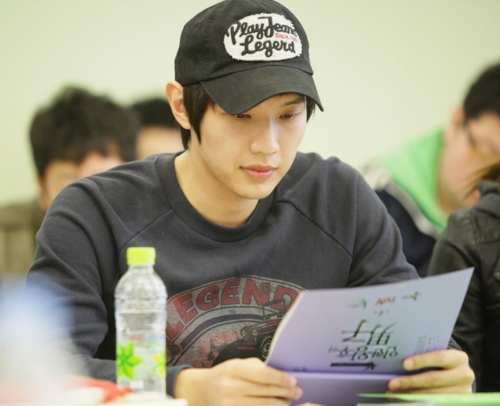 His agency revealed, "Ji Hyun-woo was supposed to join the military on the 3rd of July but postponed it".

"He hurt his back by falling off a horse during "Queen In-hyun's Man". He's been complaining about pain in the back so we've decided to postpone his military service until he's cured".

He should be treated and in NS by late July or early August.

A media source reported that he postponed his NS for drama promotions. His agency denied this and said it had nothing to do with promotions,

Meanwhile, Ji Hyun-woo confessed his love to Yoo In-na at a public event and has been in a relationship ever since then as it can be seen from several of their open date pictures.

"Ji Hyun-woo postpones the military to cure back injury"
by HanCinema is licensed under a Creative Commons Attribution-Share Alike 3.0 Unported License.
Based on a work from this source