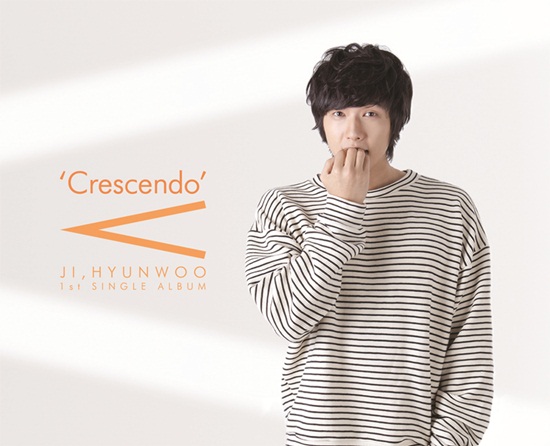 He revealed his first solo album, "Crescendo", on online music sites on the 30th of November.

This is his first album in two years since his last one with The Nuts, and his first solo album with a single. Ji Hyun-woo wrote and composed all the songs, participating in all the sessions, and his brother (from the group Next) produced this album.

The title song "I-ya" was written and composed by Ji Hyun-woo featuring actress Choi Kang-hee and her unique voice, as it is a song for lovers.

Ji Hyun-woo has released many albums with The Nuts but as this one is the first under his own name, he has been very nervous. He said, "I wish the songs on "Crescendo" are the kinds you want to play for your loved ones".

Meanwhile, Ji Hyun-woo is in the MBC weekend drama "A Thousand Kisses" and the KBS 2TV program "Youth Unbeaten".

"Ji Hyun-woo releases his first album in two years, a solo effort"
by HanCinema is licensed under a Creative Commons Attribution-Share Alike 3.0 Unported License.
Based on a work from this source