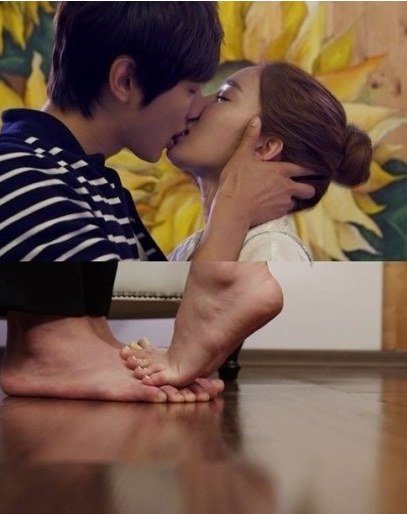 While the drama "Awl" is at its final episode, Ji Hyun-woo's kiss scene with ex-lover Yoo In-na has been brought back up to the surface.

Ji Hyun-woo and Yoo In-na have quite a gap in height so she stepped up on his feet for this kiss.

In May last year, the couple broke up and decided to remain friends.

Meanwhile, in the final episode of the JTBC drama "Awl", Lee Soo-in (Ji Hyun-woo) reinstated his employees after a long fight with Prumi Mart and negotiated for increased wages.

"Ji Hyun-woo's kiss with ex-lover Yoo In-na"
by HanCinema is licensed under a Creative Commons Attribution-Share Alike 3.0 Unported License.
Based on a work from this source