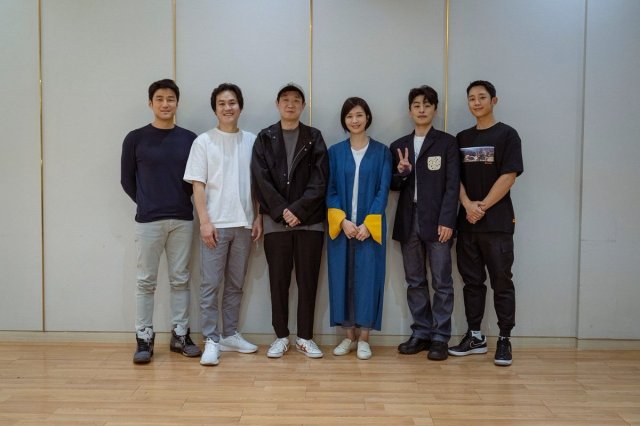 Major cast members of the Netflix series "D.P - Season 2" have been confirmed. Actors Koo Kyo-hwan and Jung Hae-in, who starred in the previous season, will appear as they are, while Kim Sung-kyun and Son Sukku will also appear in Season 2 following "D.P". Actors Ji Jin-hee and Kim Ji-hyun-II joined the group as well.

Netflix said, "Ji Jin-hee and Kim Ji-hyun-II will join the drama with Koo Kyo-hwan as Han Ho-yeol, Jung Hae-in as Ahn Joon-ho, Kim Sung-kyun as Sergeant Park Beom-goo, and Son Sukku as Captain Im Ji-seop. Ji Jin-hee will be in charge of Goo Ja-woon, the chief justice of the Army headquarters, and Kim Ji-hyun-II will be in charge of Seo-eun, the head of the Ministry of National Defense's prosecution team. Ji Jin-hee said, "Ja-woon is unfamiliar to me because I've never played such a character before, but I have high expectations". Kim Ji-hyun-II said, "I will work hard and think happily so that I can add strength to my wonderful work". Kim Ji-hyun-II recently starred in the dramas "Thirty Nine" and "Artificial City".

"D.P - Season 2" is scheduled to start filming sometime this year, and will be released late this year or early next year.