Ji Soo is returning to 'Doctors' 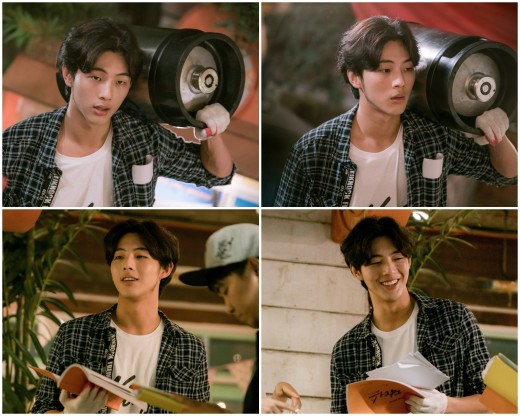 Ji Soo is coming back to "Doctors" to fuel the loveline between Kim Rae-won and Park Shin-hye.

SBS Monday & Tuesday drama, "Doctors" has revealed Ji Soo's new still images, who showed off his strong screen presence with his brief appearance in a previous episode of the drama.

Ji Soo plays Soo-cheol, who will constantly display his pure-hearted affection towards Yoo Hyejeong (Park Shin-hye). He instantly earned the hearts of lady drama fans when he pulled off his bluff cheesy lines in the husky voice uniquely. But he disappeared from the drama when he left with Hye-jeong riding a motorcycle 13 years ago.

In the still images revealed on July 2nd, Ji Soo has returned showing off even manlier appearance. His sharp chin, face hair and the large beer container perched on his shoulder accentuate his manly man appeal. His comfortable casual style and soft charisma are enough to earn the lady drama fans' heart effortlessly.

If Soo-cheol will be someone who will interfere with the romance between Ji-hong (Kim Rae-won) and Hye-jeong or act as a cupid's arrow for the couple is drawing attention.

"Ji Soo is returning to 'Doctors'"
by HanCinema is licensed under a Creative Commons Attribution-Share Alike 3.0 Unported License.
Based on a work from this source