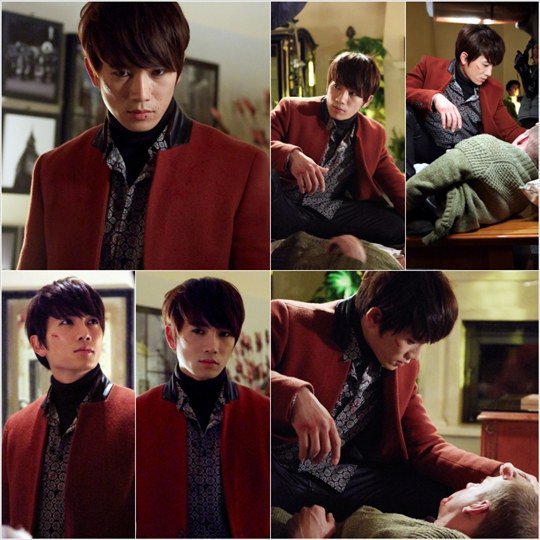 Ji Sung is all about black charisma in "Kill Me, Heal Me".

Stills of Ji Sung as Cha Do-hyeon came up online on the 29th.

Ji Sung takes on the role of a third generation plutocrat who has personality disorder and has up to 7 different personalities inside of him.

The pictures of him show him release the wild beast inside of him, one of his seven personalities.

The smoky makeup he has on created fierce looking eyes and signaled a change. The bloody scar on his face adds to the pressure he is giving an unknown foriegner.

Ji Sung managed to change into two different personalities during the shoot. In a full hour, he changed from head to toe, his looks and character.

Ji Sung is also known as the official action hero in "Kill Me, Heal Me". He roughs it up for the movie with passion.

He finds the most suitable routine for him and even eagerly puts in his suggestions and opinions about the scenes. He communicates fully with the foreigner he's acting with and tries to make it seem as realistic as possible.

The production of the drama says, "It's not easy, trying to be 7 people at once. However, Ji Sung has been good at it so far and he's going to blow your mind with something you never saw coming".

"Kill Me, Heal Me" is a romance drama about a third generation plutocrat with identity disorder who falls in love with his shrink (Hwang Jung-eum). The drama will be released on the 7th of January.

"Ji Sung: Smoky, fierce eyes, sexy charisma"
by HanCinema is licensed under a Creative Commons Attribution-Share Alike 3.0 Unported License.
Based on a work from this source