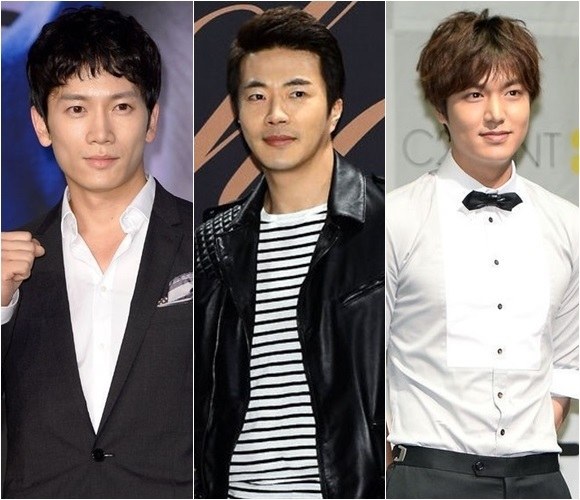 A new battle has begun between the three broadcasting companies now that Chuseok is over. Fierce new dramas take over Wednesday and Thursday nights with different genres.

The first drama to be mentioned is the KBs 2TV drama "Secrets".

"Secrets" was pre-sold to Japan, China, Vietnam, Cambodia and other Asian countries even before it was shown in Korea and it tells the story of a man who falls in love with the woman who kills his lover.

The cast includes, Ji Sung, Hwang Jung-eum, Bae Soo-bin and Lee Da-hee. Ji Sung takes on the role of a plutocrat named Min Hyeok who has everything but humanity. This drama is being anticipated as one that will bring KBS back to life this fall.

The next drama is MBC "Medical Top Team" which is about the best doctors in the country in a group who battle to make miracles happen. It will air on the 2nd of October.

Whether or not the public's attention for medical dramas will continue for "Medical Top Team" isn't sure yet. The cast includes, kwon Sang-woo as Park Tae-sin, Jung Ryeo-won, Shinee Choi Minho, Oh Yeon-seo and more.

Lee Min-ho from "Boys over Flowers" comes back as a prince once again. He stars in the SBS drama "The Heirs".

This drama is a romantic comedy dealing with wealthy students and their love and friendship. The story revolves around a poor girl and a bunch of wealthy kids who are heir and heiresses to the wealthiest entrepreneurs in the country. It is written by hit maker Kim Eun-sook.

"Ji Sung VS Kwon Sang-woo VS Lee Min-ho"
by HanCinema is licensed under a Creative Commons Attribution-Share Alike 3.0 Unported License.
Based on a work from this source