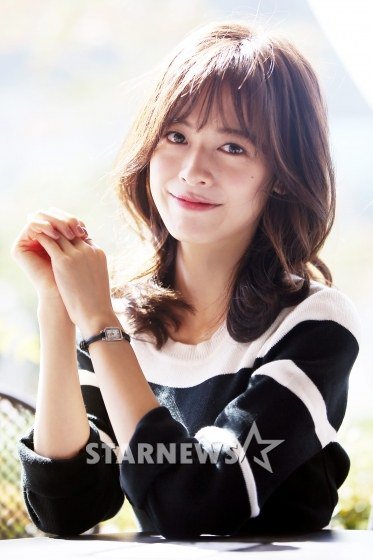 Actress Ji Woo showed how she felt about playing in a role alongside Do Kyung-soo (Dio) from EXO.

During an interview held in a café in Haeundae, Busan on the 8th, she said that she was grateful for being able to act as Do Kyung-soo's friend Soo-kyeong rather than being pressured.

Soo-kyeong connects with Tae-yeong (Do Kyung-soo) easily in the movie and is the one they can pour out their hearts to. Being a co-star with an idol can be problematic sometimes as they have to worry about the idol's fans.

Ji Woo said, "It's not like we were intimate, we were just friends. The fans actually supported me because I appeared as his friend".

"I think Kyeong-soo looks younger when he's in a uniform although he's older than me".

"Cart" is Do Kyung-soo's debuting movie. It started filming before "It's Okay, That's Love" so it's his first time acting. While it must've been tough for Ji Woo to work with a new actor, she doesn't seem to think so.

She said, "The director changed some awkward lines so that we were comfortable saying them and helped us communicate on site too. We did a lot of reading and we were used to each other by then. Kyeong-soo was very nice".

"Cart" is about temporary employees who get fired in an unjustly manner and struggle to fight for their rights.

"Ji Woo feels grateful acting alongside EXO's Do Kyung-soo in "Cart""
by HanCinema is licensed under a Creative Commons Attribution-Share Alike 3.0 Unported License.
Based on a work from this source