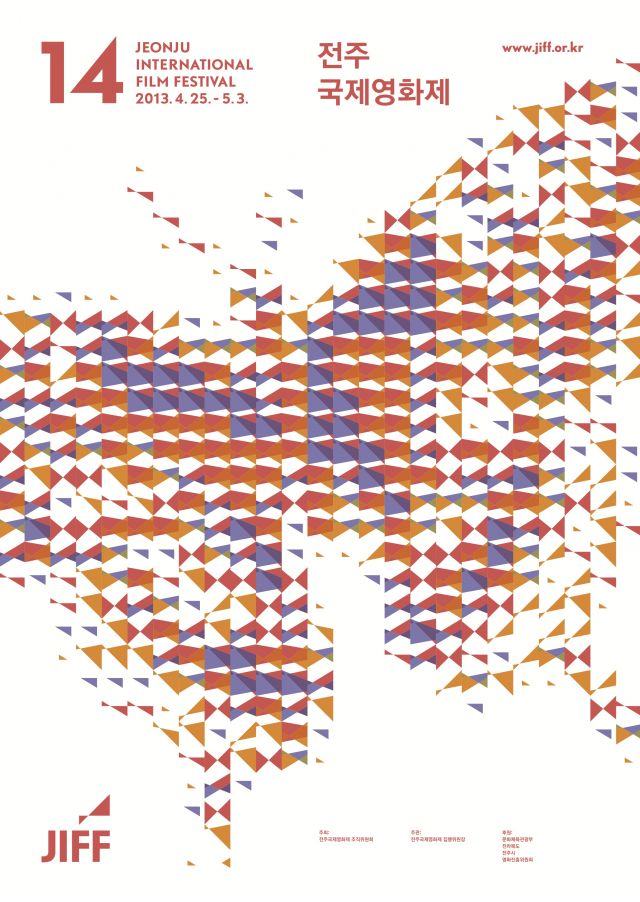 A. International Film Competition
Four Jury members with very different perspective had to go through days of long discussion and eventually decided the awardee with vote. Of course, voting is definitely not the best approach when it comes to art, but, at least jury members could find middle ground with it. Especially it was very difficult to compare two documentary films to eight fictions using different standard. More over, I wish to have more than ten films in International Competition and Also I have to say those ten movies were not radical, experimental or bold enough considering they're first or second feature. Our final decision on Grand Prize is Lost Paradise. Best Picture goes to both Remiges and Mammy Umeng; Special jury prize goes to Practical guide to BelgradewithSingingandCrying.

(JURY Members : Darezhan OMIRBAYEV, Don FREDERICKSEN, Ryoo Seung-wan, Jung Woo-sung)
B. Korean Film Competition
There are 6 fictions and 4 documentary films in this year's Korean Film Competition packed with various subject matters and distinctive styles. Especially 4 non-fictions boldly face reality of Korea with straightforward cinematic language. It was very difficult to pick one particular awardee since spectrum of ten films cover so wide range of issues and genre. Therefore, three jury members decide to focus on identity and sprit of Jeonju International Film Festival rather than comparing film's degree of completion after two days of discussion. We happily announce that Grand Prize goes to "December". Although the theme of "December" can easily falls into cliché, the director brings the ordinary narrative into a new light with innovative plot structure and beautifully composed visual elements. Moreover, it pushes the boundary of cinematic arts even though the story totally focuses on 'here and now' of reality. I sincerely send the director Park Jeong-hoon-I great support and hope for his next project.

(JURY Members : Laurent CANTET, Carlo CHATRIAN, Kim Young-ha)
C. Korean Short Film Competition
All 20 shorts films enlisted in this year's Korean Short Film Competition deserve decent applause, but, none of them gives a home deep thrust or provide outstanding cinematic aesthetics that grab jury members' attention on the spot. Our general critique would be that all 20 movies share almost equal quality and the awardee has changed every time we applied different standard.

Grand Prize goes to "Sweet Temptation". All three jury members agree that the film doesn't have artistic ambition or experimental attempt, but it proficiently delivers its theme. Especially the ending proves that the director can pull out way more serious or complicated subject matters in his future work.

Best Director Prize goes to "Mask and Mirror". Of course, the fact director already shot several feature was part of our dilemma considering Korean Short Competition also aims support for first time directors and students. However, the movie speaks for itself and the attitude "Mask and Mirror" dealing with its subject is undeniably pure and sincere. We proudly select the film as a role model for young filmmakers to learn not only the veteran's technique, but also their heart.

Moreover, although Grecoroman misses the award, I have to say it was very interesting and sexy piece that remind of Thomas Eakins' work.

(JURY Members : Brian BENNETT, Indu SHRIKENT, Italo SPINELLI)
E. AUDIENCE CRITICS' PRIZE
Ten Films of Jeonju International Film Festival 2013 has showed art house movie's classic approach, hybrid language of genre film or focus on individual's chronology. Especially non-fictions reveals highly-crafted completion and advent of new sub-genre. Among them, our choice is "My Place" by director Emmanuel Moonchil Park. It centers members of a family and depicts them both as an individual and also a part of their little community; the movie meticulously follows how family member's conflict in their daily routine set their position. The director persistently has captured open wound of his family and extends their recovery process into context of Korea's modern history. It's a coming-of-age story of "A Family" that moves our heart and makes us look back true meaning of family.

The movie bravely breaks though chronic irrationality of Korea and praise for the better tomorrow. Its sincere hope for the future truly moved our heart.