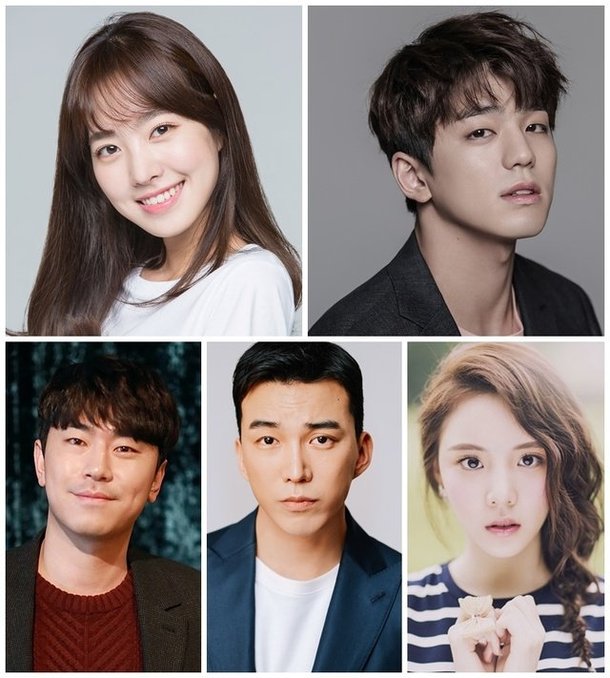 Jin Se-yeon and Kim Min-kyu are starring in a palace romance drama.

TV Chosun's "Queen: Love and War" depicts the race of those who risk their lives and seek the position of the 'queen', the only Joseon status that is allowed to those who are not born from the Royal Lee family.

Jin Se-yeon takes on the role of Kang Eun-bo, a woman who wants to become the queen to find the culprit that killed her daughter. Unlike her fragile looks, she's relentless.

Kim Min-kyu is starring in his first sageuk. He plays Prince Yi Gyeong, the only character in the line of descent, intelligent and handsome. He became a prince by nature, but suffers hardships.

Lee Si-eon and Lee Yeol-eum are co-stars in this drama. Lee Si-eon plays a character who goes by the name of Wal because of his foul mouth and loud voice. Lee Yeol-eum plays Jo Yeong-ji, a maiden from a noble family. She gets scolded for her immature remarks, but she wants to become Yi Gyeong's woman.

Do Sang-woo is starring in his first comeback project since his discharge from the military. He plays Lee Jae-hwa, a character that becomes the first in line to the throne overnight. A carefree character such as him enters the palace and his life turns around.

"Queen: Love and War" is written by Choi Soo-mi, the winner of the 9th "Shooting Star in the Desert" contest.

"Jin Se-yeon and Kim Min-kyu to Star in TV Chosun's "Queen: Love and War""
by HanCinema is licensed under a Creative Commons Attribution-Share Alike 3.0 Unported License.
Based on a work from this source