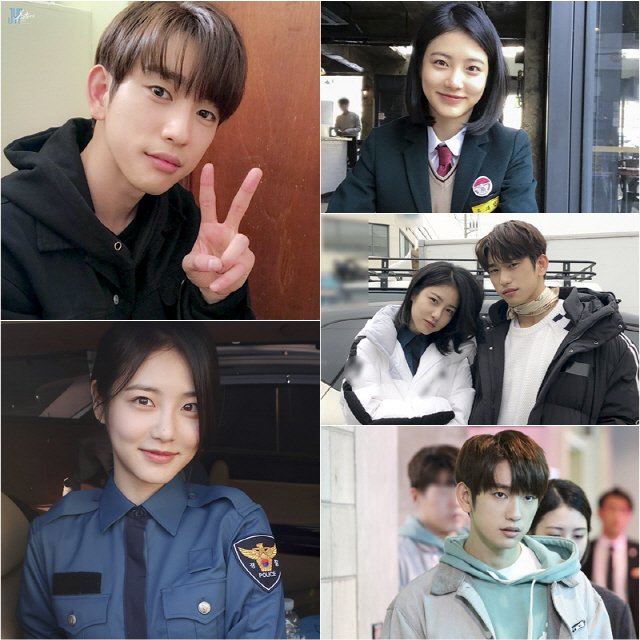 Jinyoung and Shin Ye-eun starred in the tvN drama "He Is Psychometric" as Lee Ahn and Yoon Jae-in. From the time of the casting, they received a reputation for being a 'fresh combination' and 'fantasy visual', and were highly anticipated.

Since then, they have risen rapidly as promising stars of the small screen, as they performed better than expected in the show. Jinyoung proved his limitless acting spectrum. All the seasoning he got from past dramas finally shone through.

Shin Ye-eun landed her first leading role in the third drama since her debut. The public barely knew her, but she proved herself with hard work and became acknowledged. She played a high school student who was always at the top of her class and even a policewoman who obsessed with her cases. She showed off her keen eyes and reasoning power during the investigation, as well as emotions that became more complicated as the truth of the fire was revealed.

Jinyoung and Shin Ye-eun both suffered physically for the drama, as they were caught in the rain, were immersed in water and fell. They did their best and as a result, the drama became a well-made romance thriller.

"Jinyoung and Shin Ye-eun Successfully Wrap Up Romantic Thriller "He Is Psychometric""
by HanCinema is licensed under a Creative Commons Attribution-Share Alike 3.0 Unported License.
Based on a work from this source