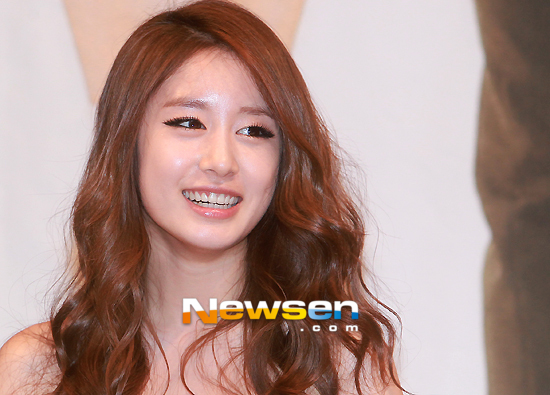 T-ara Ji-yeon is the prettiest looking girl among all the girl group members.

A cosmetic surgery clinic conducted a survey on who the 'prettiest girl with the prettiest face line is' on the first of March. Ji-yeon was voted 210 votes out of 486 since the 30th of January to the 29th of February.

Seo-hyeon (132 votes) and Yoona (130 votes) from girl's generation followed up next with Suzy and Sully.

Meanwhile, Jiyeon is currently in the KBS 2TV drama "Dream High 2" taking on the role of Rian who dreams of becoming the queen of Cannes but is doing a terrible job in acting.

"Jiyeon's the prettiest girl group member"
by HanCinema is licensed under a Creative Commons Attribution-Share Alike 3.0 Unported License.
Based on a work from this source